Light Academy 10th Graduation 2017 Ceremony started with arrival of Graduates and assemble of S.4, 5 & 6 students in the Dining Hall who were later joined by LA staff followed by arrival of the Guest of Honor Mr ISA OTCU the Chairman Board of Governors Light Academy schools with his entourage.

The ceremony was officially opened with a National Anthem, a school Prayer and a speech from the Headmaster who welcomed and thanked the parents, teaching & non-teaching staff and the students for the Job well-done in preparing the 2016 Graduates followed by speeches from the representative Class Teachers and Dos.

The Headmaster then invited the Director Academics Light Academy Schools Mr. Hakki Aydin who then invited the guest of honor for a speech; who thereafter conferred the graduates upon successfully completing the Uganda Advanced certificate of Education 2016.

Mr ISA OTCU awarded the graduates with a certificate; the best student A level; Ayella Jerome who scored 19 points with an IPad, the best student O level; Ssemuddu Rashid Shaadi who scored Aggregate 9 with a full bursary. Then the Representatives of the graduates for both Arts and science: Ayella Jerome and Muyinda Timothy respectively gave speeches too.

The function was colored with various activities and entertainments from both graduates and Light academy students; all packed with Video presentation i.e. (Would Scholar’s cup, Basketball, School profile, Tycondo among others)

Finally, the ceremony was crowned up by the Guest of Honor who invited everyone for a Dinner served as Buffet in the D.H. 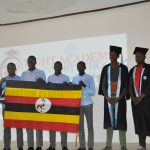 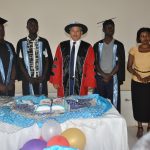 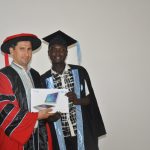