As Light Academy Secondary School we out fourteen students under the guidance of Mr. Mukungu Michael and Mr. Bilal Cesmeci. The Global Round took place at the Kuala Lumpur Convention Center (KLCC) Malaysia from the 17th to the 24th of June. The team that was flagged off by Hon. Sarah Opendi the State Minister for health at Entebbe International Airport.

The Light Academy World Scholars Cup Team through the different divisions, the boys participated in debating, scholars challenge, essay writing, and collaborative writing about the different fields. This year’s theme was an entangled world. This competition attracted over 40 Countries and 4900 Scholars. The scholars also participated in a cultural exhibition and represented Ugandan culture.

After a series of activities and competitions, the boys scooped 18 Gold and 33 Silver medals. Light Academy also produced the best Junior Team in Africa. Wasike Calvin Esau turned out to be the best student in Africa and Bakattadde Eric following as the second-best scholar in the region.

On 26th at 02:00pm the Jubilant parents had already assembled to receive the boys back at the Entebbe International Airport. The parents praised the teachers who had accompanied the boys and the Headmaster for the good administration. They also thanked the boys for the massive win that led them through to Yale University USA in November. 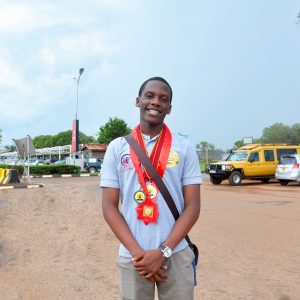 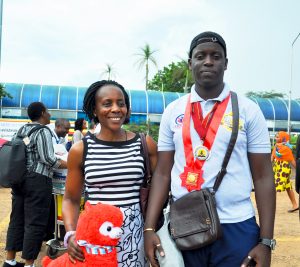 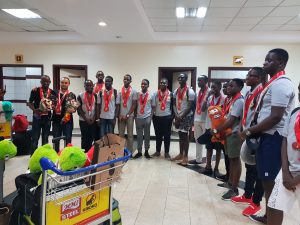 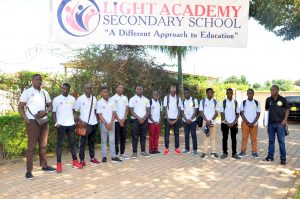